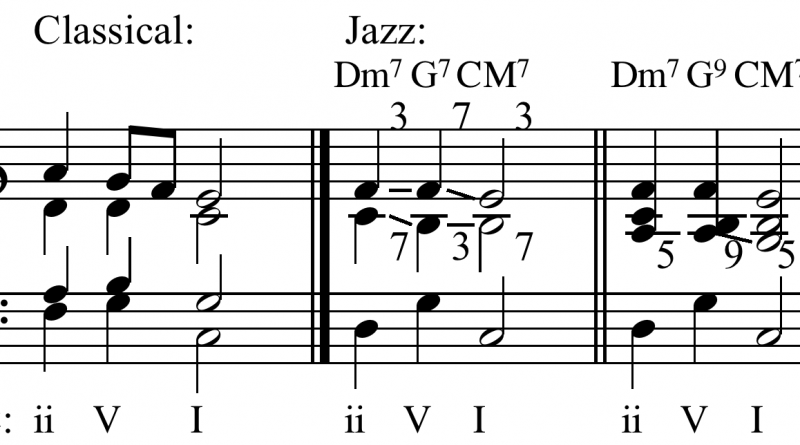 A chord progression is popularly considered a series of chords played in some temporal order. Chords often relate to each other in some phenomenological, tonally-coherent way—though this may not always be the case, especially when discussing more complex tonal music after 1840. Chord progressions are central to most modern European-influenced music.

Generally speaking, a chord progression will invariably share some notes (assuming equal temperament), which provides linear (voice leading) continuity to the passage. In the common practice period, chord progressions are usually associated with a scale and the notes of each chord are usually taken from that scale (or its modaly-mixed universe).

Sequences by fourth, rather than fifth, include Jimi Hendrix’s “Hey Joe”.

These often result in Aeolian harmony and lack perfect cadences (V-I). Middleton suggests that both modal and fourth-oriented structures, rather than being “distortions or surface transformations of Schenker’s favoured V-I kernel, it is more likely that both are branches of a deeper principle, that of tonic/not-tonic differentiation.