Exercise of ear training: to sing the intervals

The song is a great instrument in order to improve just the ear. Here in detail the exercises: 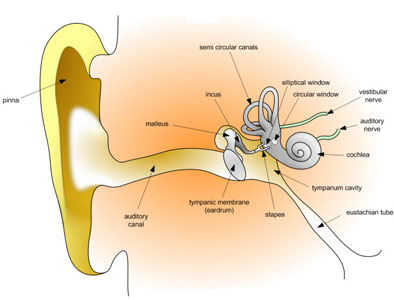 This type of exercise consists in feeling two notes and to recognize the interval or the distance between they. As an example you must recognize if the two notes form one third greater one, or one sixth minor, or one seventh greater one and therefore via…

For this and other exercises of acknowledgment of notes council to unload of the simple programs, many of which are free.
Here are some I find interesting:

You of they are also the others, and unfortunately least in Italian. These programs allow of being able to work without the need of an other person that you play the exercises.

To recognize notes with the relative ear

When you matser the acknowledgment of the intervals you can easy gain the name of the notes, reporting them but to a famous one that already you know. The relative ear needs, however, of one member of the absolute ear, in the sense that however it demands of the references.

The exercises of acknowledgment of notes go organize to you in the better way. I suggest these outlines:

A lot important is that you must only add one new note when you
master nearly to the 100% (that is without errors) previous level.

Relative ear: to recognize the agreement

A lot important is the exercise of acknowledgment of the type of agreement. A greater agreement from one smaller, one of seventh of dominant or diminished, one of quarter, etc consists in distinguishing. Every agreement has its characteristic sound, that it transmits one particular emotion or state of mind. The greater agreement, as an example, transmits one solar, glad
sound, while that sad, dramatic minor a feeling. The agreement of seventh, moreover, creates a sense of movement and tension, while that one diminished an ambiguity sense.

It begins to recognize simpler agreements, like the major and minor triads. The first objective is to know to simply distinguish a greater agreement from one smaller, without knowing that agreement (famous exactly) is. Then to add that one of seventh dominant, then that one
halfdiminished, then that one diminished and therefore via.

When you have exceeded this level passes the acknowledgment also of that agreement draft (name). Always beginning with little notes,
that isto recognize as an example the agreements of notes I give, King and Me. To know as an example if the felt agreement is smaller King or I give to greater or Mi7 or diminished Re or Give minor…

Flat Pian to add to others notes.

Other exercise parallel to the previous ones consists in practicing to recognize the type of scale. To distinguish that is between greater scale, smaller natural, smaller harmonica, pentatonic, blues, diminished…

E’ similar to that one of the acknowledgment of the agreements. Therefore you follow the same indications. USA the software indicates to you over.

Situated of reference on the ear training